It seems to be a tradition in my family not to stray far from where they were born. Lame. But on my mum’s side there are two notable exceptions; she has two first cousins, and one of them moved to Australia, while the other moved to the USA. So when I was planning my trip through the States, I knew I should inform my American cousins I’d be nearby, and when they invited me to stay I was pretty excited. I’ve only met them once or twice in my life cus of the Atlantic Ocean divide. And I’ve been in touch with one of the children, Rosalind (my second cousin) for several years. Unfortunately she lives in Texas so I won’t be seeing her, but her parents and younger sister live in the state capital of South Carolina, which was much better located to incorporate into my itinerary.

So I jumped on a flight from Washington in the district of Columbia, to fly to the city of Columbia. The leap would take me to the Deep South – I’m now further south than the entirety of mainland Europe (!). I hoped things would be warming up down here but unfortunately I’ve arrived during an unseasonable cold snap. It was actually below freezing the other night which is a little unusual. I keep getting confused by everyone talking about the temperature in Fahrenheit, but basically 35 is cold and 75 is warm. Makes sense right? Of course! It’s funny how you don’t realise how stupid your home country is until you go travelling. =l

The Amblers live in a neighbourhood that consists of large houses with porches and columns and pools scattered about a golf course with several picturesque lakes and it’s all very lovely. It’s quite some way from the city centre, but what I quickly learnt is that everything is really far from everything. So what I did here entirely depended upon where my hosts were driving me. Which was actually a pleasant change of pace to walking for 10 hours a day!

The first day involved a drive up to Charlotte, North Carolina, where Rebecca had an ice skating practice. Afterwards we checked out the world famous NASCAR Hall of Fame. What do you mean you haven’t heard of it? Although evidently not my hosts’ cup of tea, it was pretty interesting to learn about this obscure part of American culture. As museums go it was super interactive and Rebecca and I had a pretty fun time on the racing and pit stop simulators (I won). Did you know that the track in Martinsville was paved in 1955? That’s basically the extent of what I learnt 😉

Apparently there aren’t too many attractions in Columbia, but the next day after a gigantic brunch we checked out Riverbanks Zoo and Botanical Gardens. It was pretty quiet cus of the chilly temperature, but we saw the elephants fighting over their food and a bunch of other animals looking sad and cold, it was great! After a short  “woodland walk” we headed back to the warmth of the house.

The next day Judith showed me two more of the city’s great attractions; the state capitol and the state museum. The former turned out to be quite an impressive structure and the tour we got revealed some intriguing facts about the state (all of which I’ve already forgotten). The state museum was a little strangely laid out but it amused us for about an hour… although again it felt like we were the only people there. 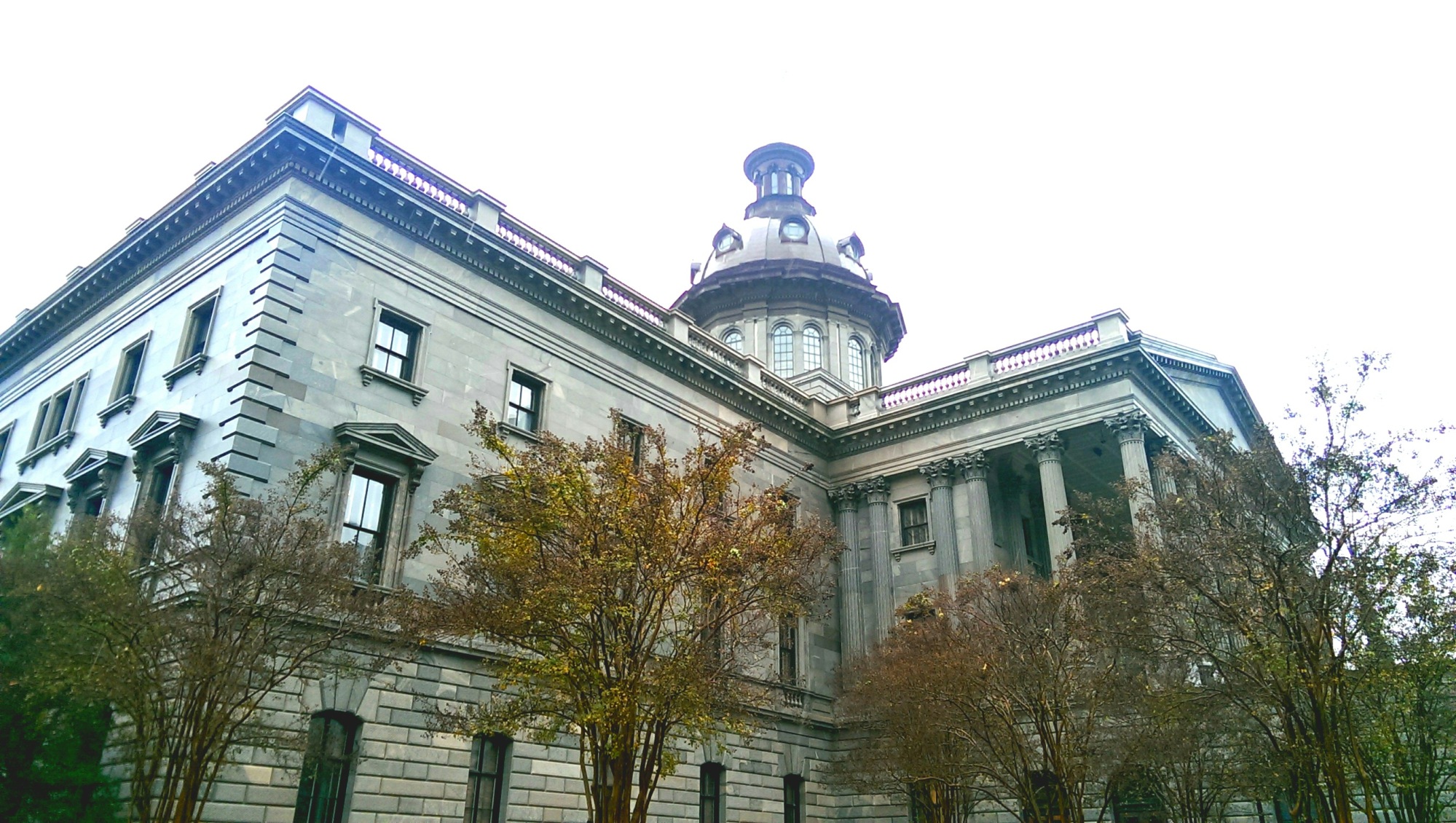 And that was about the extent of the activities available in Columbia. The rest of the time I’ve spent here involved walking the dog as well as hanging out and eating with the family. It’s been great staying in a nice warm house and not having to share a room with 10 snoring backpackers just for a few days… and to actually get to know the distant family members I’ve been reading Christmas letters about for years. That’s one of the perks of travelling! =)