The time I spent in Savannah, Georgia, was pretty different to the time I spent in Charleston because I spent the majority of the time in the company of others. I feel comfortable hanging out with groups of new people, and also when I’m alone. But I have to admit my overly social visit to Savannah was quite welcome. I met a load of Americans. And one of the reasons for that is because people down South are 10 times friendlier than the people of the North East. And also whilst I was here I couchsurfed with two 20-something art school graduates. But I’m getting ahead of myself because my story actually starts in Charleston.

I got up early on the day of my departure from South Carolina to learn I’d got the time of my bus wrong (again) and it actually left mid afternoon. Whilst sitting in the hostel wondering how I should spend my extra few hours in Charleston, I chatted with Maria, a Spanish woman I’d met the night before whilst drinking with a group of people that included a >65 year old man who was ignorant, racist, sexist, bald, garrulous and irritating… as well as a 23 year old pretty Indian girl from Connecticut (so you can guess how that went). Turns out Maria and her pal Miguel were driving to Savannah that day as well. They offered to take me so I accepted. Screw greyhound.

We stopped by one of the old Southern Plantations on the way down, and we couldn’t believe how beautiful it was. An old colonial mansion surrounded by swamps and old oak trees draped with Spanish moss as well as beautiful manicured gardens. I ate apples and snoozed in the backseat as we listened to Christmas music and zipped down the Savannah highway. Turns out Maria and Miguel had been friends since studying journalism at university 20 years before in Santiago de Compostela. Which is of course one of the places I visited this summer, so we talked about Galicia and jobs in the media. 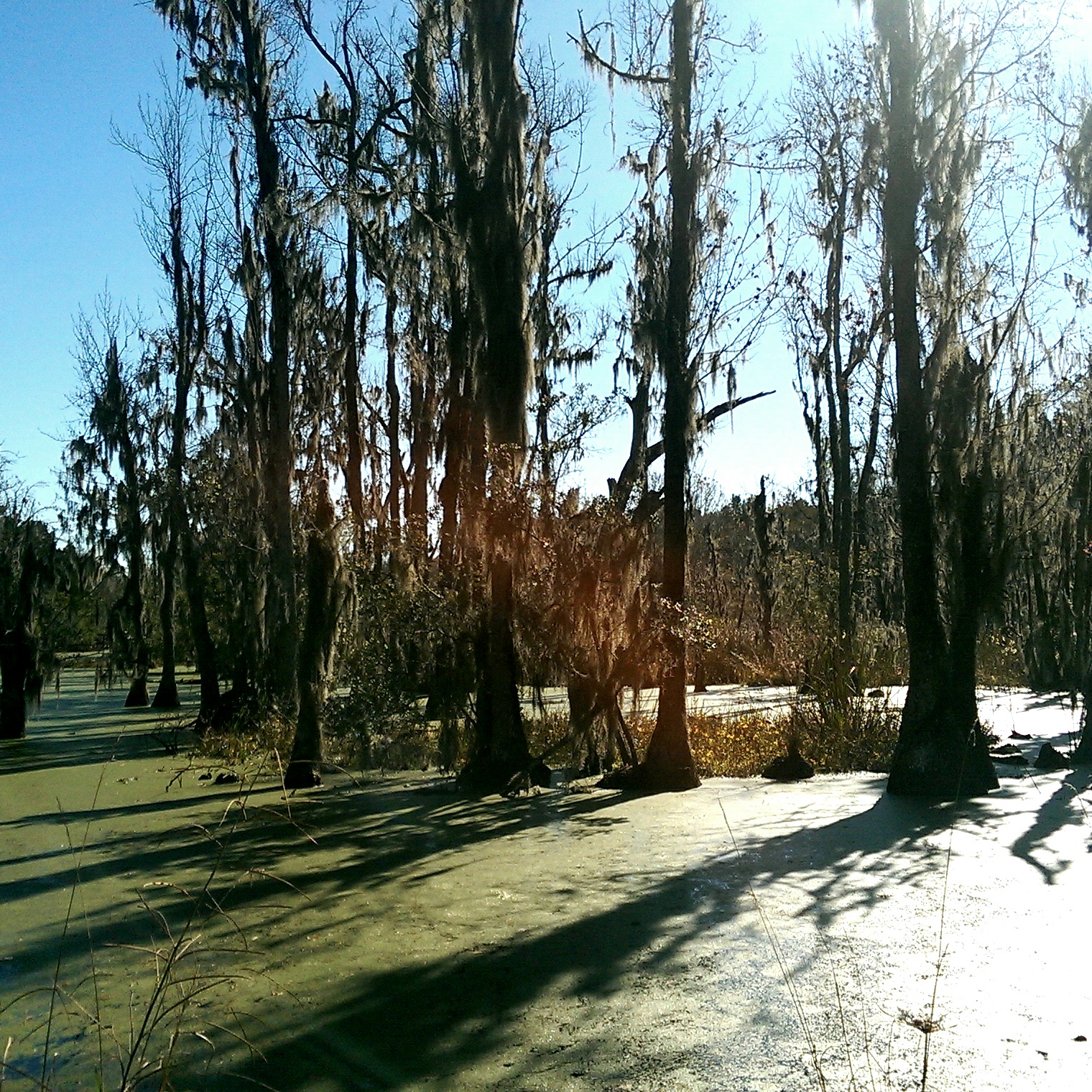 My couchsurfing host wasn’t in when we arrived, so we went in search of a café to get Wi-fi so that M&M could find their accommodation. We sat in a quirky place called Coffee Fox, and as we puzzled over the Wi-fi password, a girl next to us leaned in and asked us where we were all from. And that’s how we met Mary, a 21 year old from Pennsylvania (sort of) who had moved to Savannah just one week earlier. She offered to show us round her favourite part of the city – River Street. During this tour, she told us about Tybee Island, one of her favourite destinations from childhood. So we made plans to go there all together the next day.

My host was in the second time we went by the house, and he let me in. Sid shared the spacious bottom floor of a house with his friend Charlie. The plan for the night was to go to a live gig in a brewery outside of downtown, so Sid and I went to meet the others that were going round at the print shop Charlie worked at. It was a pretty run down looking warehouse with skate ramps, printing apparatus and art supplies scattered about, with air-con pipes hanging from the ceiling, wall structures exposed… they have big ambitions for the place, hoping to open a skate store and set up a hydroponic garden… it was like nothing I’ve ever seen.

The gig was good fun. You paid $15 extra to get 10 drink tokens so you could sample the brewery’s produce. Bands featuring banjos, cellos and guitars filled the place with noise; their stage was surrounded by stacks of crates filled with beer and ale and lit with strings of lights. The containers for fermenting were also right there. It was a great venue. The group of people I met were extremely eclectic. Art students with dreadlocks, alternative outfits, bizarre aspirations and intriguing outlooks on life… there was Kelly the biologist turned textile student, Hank the cheerful football enthusiast (who was dismayed to learn I hadn’t heard of his team), Angel the chatty guy wearing a safari hat… a group of people of the likes I’ve never met. I was amused to say the least.

Hank invited me to go out in downtown after with a load of others. So that’s how I ended up at the house party of a bunch of SCAD (Savannah College of Art and Design) students. Suddenly I realised that everyone I knew the name of had gone and I was left with a bunch of girls I didn’t know. I think they were pretty wary of the random British guy who’d just turned up in their house, but they were somewhat welcoming, and out into downtown we headed… 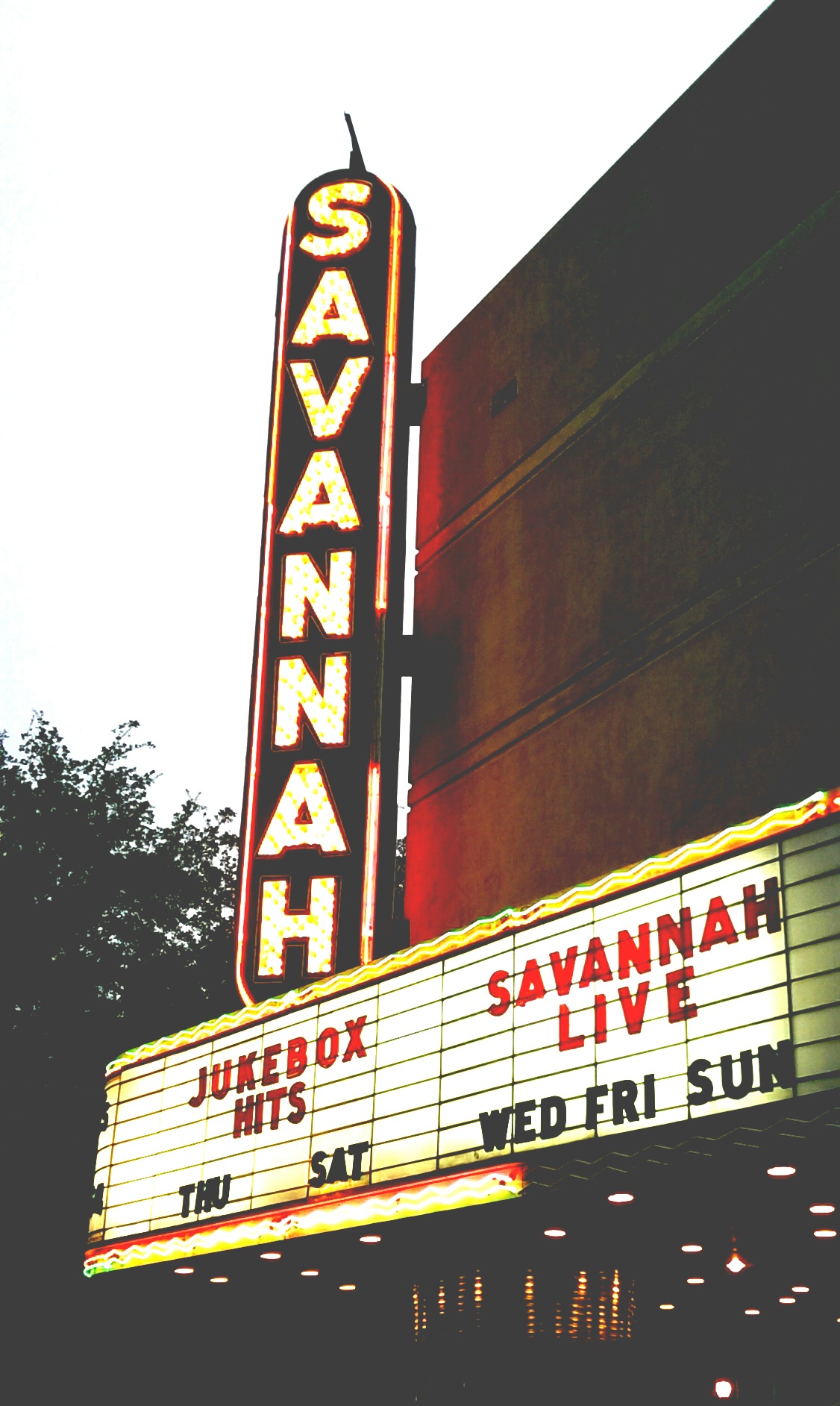 I spent the entire of the next day with Mary. We checked out Tybee Beach which was beautiful but sooooooo windy. Walking on the sand as the seafoam twisted and bounced along the beach ahead of us with the wind, seeing flocks of birds wheeling about over the powerful surf… we found refuge from the gales in a diner where I sampled Shrimp and Grits, a completely bizarre dish which is kind of like porridge with prawns and bacon on it. Sounds delicious doesn’t it? 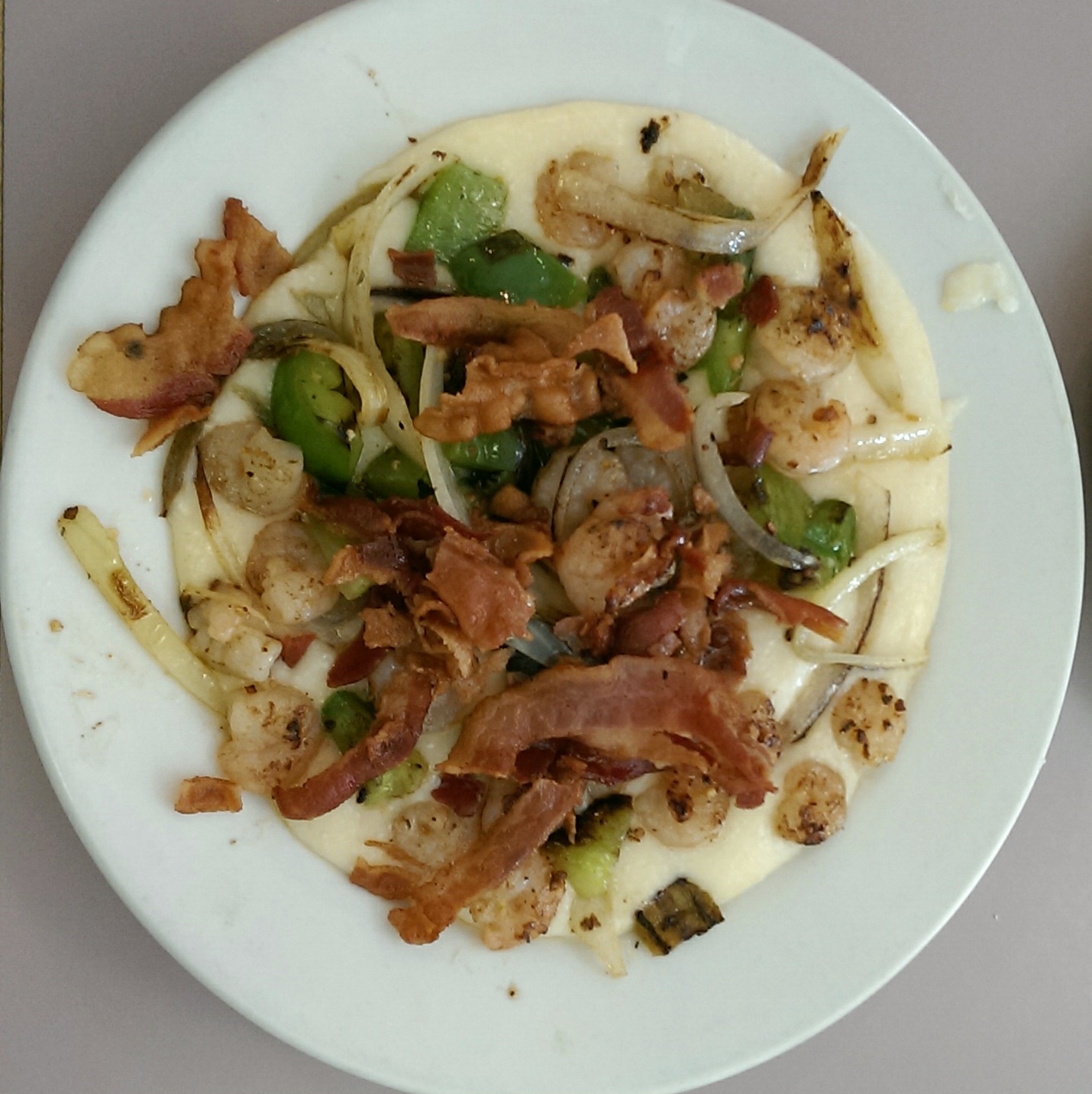 On my final day I made an effort to explore the historic downtown of the city. And what quickly became apparent despite the rain is that Savannah is absolutely gorgeous. Palm tree lined streets with neon lit movie theatres. Shady town squares every other block, where monuments to Georgia’s greatest heroes are framed by majestic trees. The cobbled riverfront with old timey souvenir shops and seafood restaurants. The residential neighbourhoods were my favourite. The wooden houses with porches and columns and the Spanish moss festooned all down the street. The air was heavy with an approaching thunderstorm, and as flashes of lightening illuminated the sky to the west, I hurried back to the house where we watched Dallas Buyers Club and Family Guy. I’d loved my stay in Savannah, but it was time to crash on an air mattress on the floor, stop the dogs from stealing my space and get some shut eye. I had a long journey to make the next day…