My friend Freddie spent some time this summer driving round western America. He visited a lot of cities, but one stood out at his favourite; Seattle. My host in Memphis, Jill, has been to a fair few places in the US, but there was no disputing where she likes the most – that’s right, Seattle. Therefore my 9 day detour up to the Pacific Northwest was basically because I wanted to see what the fuss was all about. Vancouver and Portland were just conveniently located close by so I added them in too.

Unfortunately, no one actually got round to telling me why they loved Seattle so much, so I was left to figure it out for myself. And what can I say? Of all the places I’ve been to in North America, it reminds me of Vancouver the most. Because of their similarities, Seattle feels, to me, a lot less American than the rest of the country. The people here seem to be a different breed to the loud obnoxious Yanks we all know and… um, love. They’re comparatively rather sophisticated, in my opinion. They’re health conscious, erudite, proactive, chatty, happy, forward thinking and dare I say it, trendy. I think the thing my friends are being enamoured by is the atmosphere of unpretentious intellectualism and good taste ubiquitous in all them micro breweries, coffee shops, market places and residential areas. There’s even less evident poverty and better public transport than I’m used to for a US city. There’s a good scene for food, art, theatre, music… pretty much everything. It’s a city that is actually fairly close to having everything. But for some reason I found it difficult to really love the place.

I would say that every city I’ve visited in the USA had a definite unique character to it. But Seattle is a kind of jack-of-all-trades. It doesn’t blow me away for any particular reason. I would go as far as saying that if the city didn’t have that retro (and therefore outdated) Space Needle, it might be somewhat forgettable. Boom.

However now that I’m sat on the bus leaving the city, I do think back on my time here with fondness. I’m not quite sure why, but the last few days I’ve been a little hebetudinous and lacking the motivation to spend hours and hours cheerfully wandering the streets. Potentially because of the weather – it rains here a lot… fortunately, Seattle is set up as a perfect place to find refuge from the elements. Myriad coffee shops, second hand bookstores and the brewery in Pike Place Market provided plenty of amusement one rainy day.

One of the days here had fairly clement weather so I made the most of it by climbing up to various parks for views across the city. Whilst sat in Kerry Park, a guy asked if I would take a photo of him and his girlfriend. Then he whispered, “I’m going to propose to her, take lots of pics!” which was more exciting and nerve racking than anything I’ve experienced on this trip…

One evening I stumbled upon a light show at the Olympic Sculpture Park. The place was lit by tea lights, and featured some very talented musicians. There was Lydia Ramsey singing beautifully with her guitar, and also the attention grabbing D20 Brass Band that played cheesy tunes like the Futurama theme while parading round the park, their instruments lit up with neon embellishments… despite the rain it was a fairly extraordinary spectacle…!

I also made it to the Seattle Asian Art Museum, pretty much because out of all my options, it was the shortest walk away. They had some art from like China and Japan and stuff. It was a little uninspiring in my opinion, but what do I know? I was transfixed by this video that was part of the Japanese pop art exhibition where 10 girls waged war in fluorescent costumes and fake guns. It was utterly perplexing.  Whilst sitting there I definitely had one of those “what am I doing with my life?” moments… 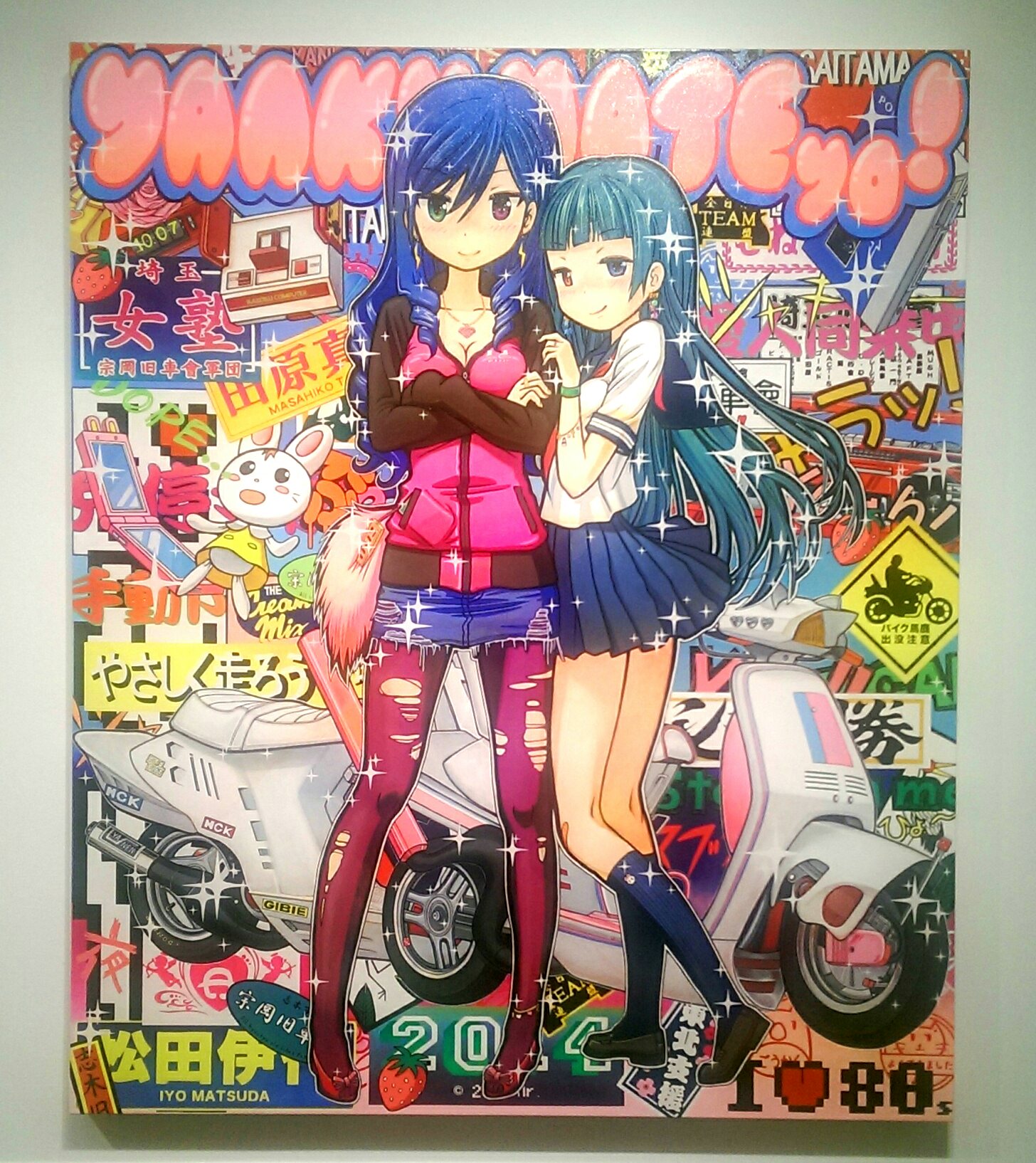 I couchsurfed again in Seattle with Eric, a hair stylist and occasional actor who owned a red VW camper. We had a great time hanging out at his place and the surrounding area. We had a pretty similar world view, which I found kind of extraordinary considering the differences in our upbringings and ages! Before I had even arrived in Seattle, he had convinced me to stay a night longer than planned (remember that old adage of saying yes…) for a party hosted by a friend in his Burning Man circle of friends. So on Saturday night after watching some Parks and Recreation, drinking some beer and throwing on some face paint, we headed to Shelley’s, where an impressive party was underway. The theme was van Gogh’s Starry Night and the house was decked out! A DJ, light shows, paintings, costumes… it was quite something. I was possibly the youngest guest by about 20 years, so I stuck close to Eric, although once I discovered you could put on these green glasses and the lights looked 50 times cooler, I had fun!! There was also a pinball machine room (legitimately) which was awesome. So I’m glad I stayed the extra day. Again, another experience I wouldn’t have had without couchsurfing!

So all in all, I had a distinctly memorable and enjoyable time in the “largest car wash in America”. Looking back on the experiences I’ve talked about here, it’s pretty apparent how odd and unique they all were! Guess I’ll be back again one day to see what else the city has to offer =D