Ok, I know. I’ve been a bit pants and not updated in ages. I’ve had friends and family pestering me to write a new post, which I’m glad they did because it gets me off my lazy bum and actually get down to work.

After another week hanging out in Queensland, which was all great (a few pics below), Freddie and I jumped on a flight and hopped down to Sydney.

The flight only cost around $70 I think, and was super quick and convenient. No passports needed obviously; sure beat the alternative option of a 16 hour, $300 bus ride (!).

Thanks to Freddie we had another contact to stay with in Sydney, a family friend named Betsy and her husband Martin who live in Paddington, a beautiful and quite affluent area of the city a short bus ride from the centre. However the two of us opted to spend our first night in a hostel because we arrived kinda late.

Staying at the hostel was a bit of a fiasco. There were no staff to check us in initially, and when a girl finally appeared, she spoke limited English. Which wasn’t much of a problem, until Freddie and I entered our 4 bed room to find three 12 year old Chinese girls having some kind of wild and elaborate slumber party, with mattresses on the floor and toys literally everywhere. Obviously the numbers didn’t add up and these girls looked pretty uncomfortable at the thought of sharing their room with two sweaty British guys, so we called the staff member again who had a shockingly unsuccessful conversation with the girls’ teachers, who themselves spoke no english. granted it was kind of like a comedy sketch, as the three women misunderstood each other time and time again, whilst Freddie and I, quite exasperated (and exhausted) just sat on the floor and waited. Finally we were moved rooms and got some shut eye.

We had plans to get to Betsy’s place in the evening that day, so we decided to do a free walking tour lasting about three hours, taking us by some of the most recognisable sights of the city.

With our guide Lisa, we walked by Sydney Town Hall, the Queen Victoria Building, under the Sydney tower, through Hyde Park, down Martin Place, having lunch in Australia Square, then to Circular Quay, through The Rocks, and finishing up at Campbell Cove, with views of the Opera House and Sydney Harbour Bridge.

What’s clear to probably anyone who visits here, Sydney is a beautiful city. Clean and modern shopping centres, grandiose and old(ish) architecture, verdant parks with colourful flowerbeds, gorgeous weather and of course the glittering harbour is all completely arresting. Especially as we know we get to stay here for a few months! Seeing the Opera House is also a huge thrill – one of the world’s most famous architectural masterpieces that I’ve seen so many times in pictures and films… it always seemed so far away and not quite tangible. Well here it is. It didn’t take much time for me to realise I’d made the right decision in leaving Brisbane behind to set up here. 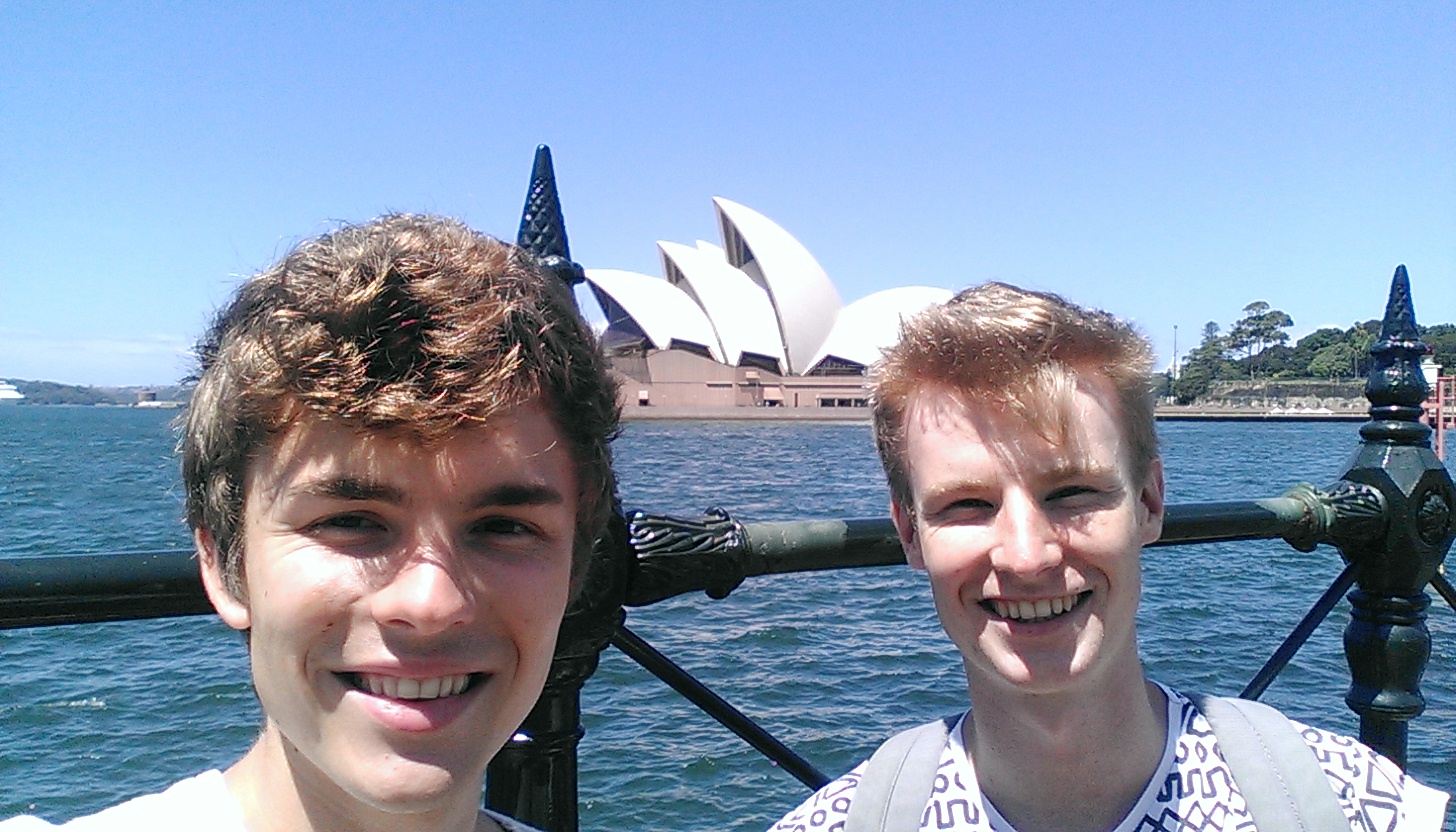 So that’s what is on the agenda next! With a comfortable base in Paddington, we’re going to spend the next few days intensively searching for jobs and accommodation so we can get our lives here off to a flying start. So the next few posts are going to be about this process, because I feel like the Internet is in dire need of an accurate and honest first-person account of what it’s like to move here as a Brit on a working holiday visa. I can’t seem to find one anywhere! Wish me luck!