Okay I admit it, I’ve become pretty complacent with updating my blog. The main reason for that is because I’ve barely travelled anywhere recently. I don’t think getting the bus 20 minutes to the next suburb really counts. Although perhaps it does and if I can conjure enough substance from my next bus journey I promise I’ll write about it. But anyway, because some of my wonderful friends from home are clamouring for an update, I thought I’d write about one aspect of my life in Sydney – a pretty important one actually. My job.

It’s more than likely I secured a position as a bartender for the way I looked rather than due to any innate talent I possessed for serving drinks, due to the bar being a gay venue. But that’s fine, being gay is technically not a requirement for employment at The Colombian Hotel 😛. And the customers and other staff really are very nice. As of yesterday I’ve been working there for two months, which I can hardly believe, it’s gone by so quickly.

The bar is open from 9am every morning till 6am the following morning. My shifts change weekly, but I’m usually rostered between 20 and 30 hours, doing day shifts, evening shifts and closing shifts (although 4am is the latest I’ve worked). Due to NSW laws and regulations, there is no alcohol service between 3am and 5am, and no patrons are permitted to enter or re-enter the premises after 1:30am. Also, there is no glass after 10pm, no shots or doubles after 12am, and no more than 2 drinks can be purchased at a time after 2am, amongst other rules. So. All of that sounds like a lot of fun doesn’t it? But seriously as a bartender I’m pretty glad there are such restrictions. We want everyone to have a good time and the rules are just in place to ensure no one gets themselves into a state.

Day shifts usually involve a few hours of cleaning the bar and… ‘chatting’ with the regulars. You know I used to think that regulars at bars were beloved neighbourhood characters with complex and intricate lives with hundreds of fascinating stories to tell (think the Rovers Return in Coronation Street). The unfortunate reality is that they can be some of the most boring people on earth, and I spend half my time during the day shift ducking round corners and hiding in the cellar to avoid their tedious conversation. It’s kind of become a game between us bartenders… haha

Night shifts are usually really good fun. It’s wonderful to work in an environment where everyone is having so much fun, with good music and a unpretentious happy crowd. We have karaoke, dance shows, drag queens performing… there’s never a dull moment, and it’s awesome to be involved (and get paid).

One thing I definitely can’t complain about it is the hourly rate we get paid. The rate changes depending on what day and time of day I’m  working. But let me throw some numbers at you…

But of course the best thing by far about my job are the other staff. It’s a really international team; Australian, British, Irish, Spanish, Swedish, Argentinean, Maori, Nepalese, Thai… two of the bartenders are on working holidays like me, and the whole lot are a young easy going bunch. Even the managers and supervisors are cool, friendly and approachable. I live with the Argentinean, am taking German lessons with another bartender and hang out at the flat of another like all the time. They’ve become my closest friends in Sydney and I’m so grateful to have met them all. Working together is a lot of laughs and it feels like we’re all one big family 😉 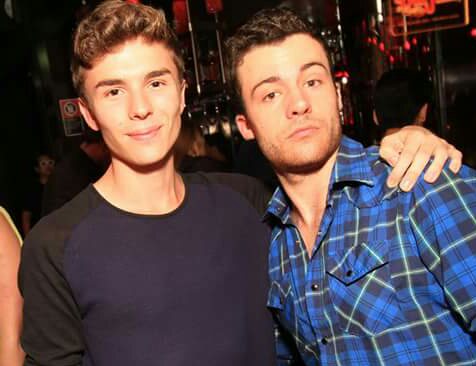 I’ve learnt a lot about the “scene” since working here and am thrilled to count it amongst the experiences of this trip. One year ago I would never have dreamed I’d work in a gay bar. I won’t deny I was reluctant when the opportunity arose. But it’s turned out to be awesome and one of my greatest achievement to date =D So kudos to me!

If I'm left to my own devices for too long, I travel. I've been living the 9 to 5 London life for the past few years but I'm just about ready to ditch all of that for another international adventure. I'm otherwise interested in music, literature, gaming, design, history, architecture and science! View all posts by Charlie