One year ago, I was sat in a departure lounge at London Heathrow waiting to board a one way flight to Boston, Massachusetts. I was leaving my home country, my friends and my family behind for an adventure that would take me right round the globe, by myself, and I wouldn’t be returning to the UK for at least 18 months. In fact at the time I didn’t know how long it would be until I would return. It would have been normal to be a little nervous. Perhaps a little sad. Well I remember exactly how I felt, and it was neither of those. I was so freaking excited, I couldn’t wait to get on that plane. And since then I haven’t looked back.

In commemoration of the one year anniversary of my leaving English soil, I wanted to write a post recapping all that I have achieved and seen in the past year. For those of you who call yourself friends of mine but who didn’t care enough to read any of my previous posts (just kidding, I don’t mind) this one is for you.

I’ll get the clichés out the way first – I can’t believe how long I’ve been away from home, I’m having the time of my life and I couldn’t be happier.

However, something I feel it is important to stress is that my life isn’t perfect. I have to be realistic – I abhor people who only post things on social media that make their lives look flawless, glossing over all the trials, worries and doubts that they’re going through. My year hasn’t been without it’s downsides. I was a little homesick when my brother got married in June and throughout all the graduations of my friends in the UK. I’ve also missed a ton of birthdays (including my grandmother’s 90th) and parties. I’ve been painfully aware of how I haven’t been able to be there for my friends when they needed support and I worry about my family a lot. There’ve been times when I’ve fallen out with friends here and struggled to find employment where I’ve felt very lonely and frustrated, but had very few people around me to support me. And of course the biggest thing that finds me all too often – loads of self doubt about what I’m doing. Is it wise? Frivolous? Selfish? Worthwhile? What I’m saying is that this year hasn’t been without its problems. Without sounding too pretentious though, being out of your comfort zone is the only way you’re going to grow. So I wouldn’t want things to have happened any other way.

My year began with two months backpacking solo across the United States from Boston to Los Angeles, stopping by some of the country’s greatest cities – New York, Washington DC, Nashville, New Orleans, San Francisco and Seattle as well as many others. The country surprised me. The USA is full of places so firmly established in popular culture I felt like I knew everything about it before getting there. But my experience revealed how many sides and layers there are to the place. It’s big, fractured, conflicted and imperfect, but also ambitious, conservative, beautiful, inspiring, characterful and humbling. I saw world famous landmarks, buildings, streets and people, delved into hundreds of years of history, experienced life with real Americans, partied like never before and ate a smorgasbord of culinary marvels. I saw beaches, mountains, forests, rivers, lakes and every landscape inbetween, and I didn’t even make it to the national parks. You could spend a lifetime exploring the place, and I’m certain it’d be a lifetime well spent.

My fondest memories come from the people I met there. I successfully couchsurfed with numerous hosts across the country (saving me a fortune in accommodation costs!) – I stayed with corporates, arts students, aspiring actors, bouncers and drag queens. They sound like a pretty unconnected bunch, but what links them is their incredible hospitality and openess that made me feel comfortable in places pretty far removed from anywhere I’ve called home before! I befriended people everywhere I went – hostels, parties, bars, clubs, cafes… I found the most unexpected thing about Americans was their welcoming nature and genuine interest and compassion for others: not an image regularly portrayed through the media am I right?

If you were to force me to pick highlights from those two months… I’d choose the museums in DC, the music, history and architecture of the Deep South, the nightlife and food in New Orleans, the parks in New York, the streets of San Francisco and the downtowns of Portland and Vancouver. I guess that hardly narrows it down but that’s just it – it’s hard to go wrong with this place!

Just before New Years, I left the USA behind for a week cruising around the stunning Yasawa Islands off the northwest coast of Fiji. Their beauty is hard to describe, it’s better to let the photos show it for what it is. After the chill of a USA winter I baked in the sun, swam in clear waters and indulged in fine food and lots of Fiji Gold beer. A bit of hiking, kayaking and crab racing finished off the itinerary, as well as hanging out with some cool people – including a girl with purple eyes. 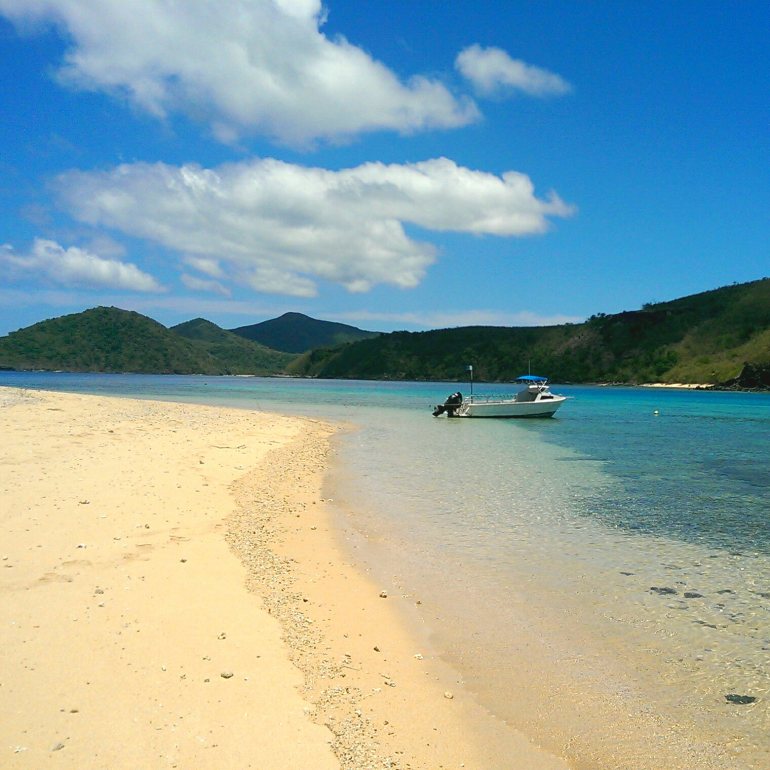 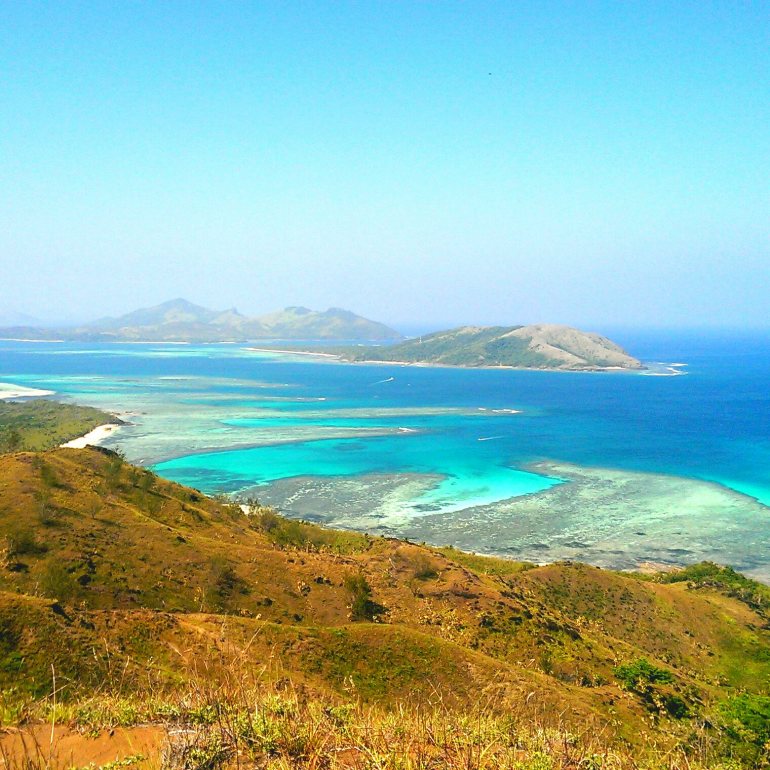 On January 7th I arrived in Brisbane to start my year in Australia. With my working holiday visa in hand, I hoped to work and travel around the country for an entire year. That was about as much as I had planned. I certainly wasn’t planning to meet someone within the first week who I would end up staying together with and living with all year. I ended up leaving Brisbane after a month to set up in Sydney, but with Jake in Brisbane I had always left part of me behind, so I moved back up to Queensland in July. Jake quickly became a huge support to me and a big part of my life. With the fortuitous circumstances of him being half British and also graduating from university a month before I’m due to leave Oz, he decided to join in on my plan to travel through New Zealand and South East Asia starting January 2016 before coming back with me to the UK to continue our adventure together 🙂

After exploring Brisbane and the nearby Gold Coast in January, I flew down to Sydney to start searching for jobs and accommodation. I was lucky enough to stay with a contact in Sydney, the lovely Duncan family, who helped me no end throughout that first period. With no experience in hospitality I had trouble finding work to begin with. I also found that the majority of bars and restaurants prefer to hire pretty girls for bartenders and waitresses, so using the same logic I took my search to the gay bars on Oxford Street. Because Mardi Gras was soon coming up I was given a spot on the team. For 5 months I worked behind the bar at the Colombian Hotel, where I had a wealth of experiences… I learnt a ton about the “scene” and made a bunch of awesome friends. After leaving the Duncans I moved into a flat on Oxford Street (read about that catastrophy here) and ultimately into a lovely flat in the affluent suburb of Rose Bay with three South American backpackers.

Throughout my time in Sydney I befriended a whole bunch of people. My international work team became like a little family to me. Holly, a close friend of mine from the UK came and worked in Sydney for three months and together we explored the city’s secret hidden bars, quaint museums, creepy islands, beautiful beaches, glamorous shops and tranquil gardens. I enrolled myself in a 10 week German course at Sydney University, something I’ve been meaning to do for years. I took trips out of the city to Australia’s capital Canberra and to the stunning Blue Mountains… I froze through a Sydney winter and baked in its summer. Jake and I took a week trip to Cairns and the Daintree Rainforest as well. There have been so many experiences!! … I can’t do them any justice with a paragraph summary. Needless to say it will be something I remember for the rest of my life.

Bidding a fond farewell to Sydney mid year, I moved up to Brisbane and in with Jake. Shortly after I did a trip to Melbourne where I met up with two more friends from England. We spent a week exploring the laneways, art galleries, streets and beaches of Melbourne, a truly impressive and wonderful city that merits much more than a week of your time! Within hours I was dreaming of living there. Obviously you can’t do everything in a year, but I was still frustrated I couldn’t immerse myself in Melbourne more. Oh well – just another reason to come back here one day!

After that trip I started another job search. With more confidence in my abilities of working in hospitality, I was hopeful I could get employment in another bar or restaurant. I didn’t get any call backs for several weeks which was quite a tough time, but eventually I landed a role as bartender at a restaurant on Brisbane’s South Bank. I’ve now been working at the Southside Diner for over 6 weeks, and I’ve quickly settled into the role. I’ve had a great time getting to know my colleagues and managers, and with good hours and pay, Jake and I are well on our way to reaching our budget goal for our trip 😀

It’s been a great year obviously. I haven’t travelled as much recently as I would have liked, but funnily enough travelling takes a lot of money and I still need to save up a fair amount for my next big trip. Nevertheless, settling into life in Australia has been incredible, an experience I never dreamed I’d have and I’ve definitely matured and grown as a person immensely in this time.

And to those of you who persistently bother me with questions of what I want to do next, isn’t it obvious?

Do it all again of course!