Cue the fanfares and cheering crowds – I have arrived at the final stop on my two month trip across America!

For some reason I’ve always thought of San Francisco as the destination of my trip. Like, I’ve meandered about a bit and been to loads of cities that merit visits all to themselves; I could have finished in any number of them… but there was some kind of significance attached to SF that I can’t explain. It might be something to do with me recently reading Jack Keroauc’s On The Road, which detailed his cross country road trips that always ended in San Francisco. To him it was the end of the continent. The road, and therefore the journey, ended there – there was simply no more land. As a result the city is full of potential and energy. I was sure that I would love the place; I’ve been dying to come here for years. I try to arrive in a new city with no expectations: obviously I failed. Luckily, San Francisco didn’t disappoint. 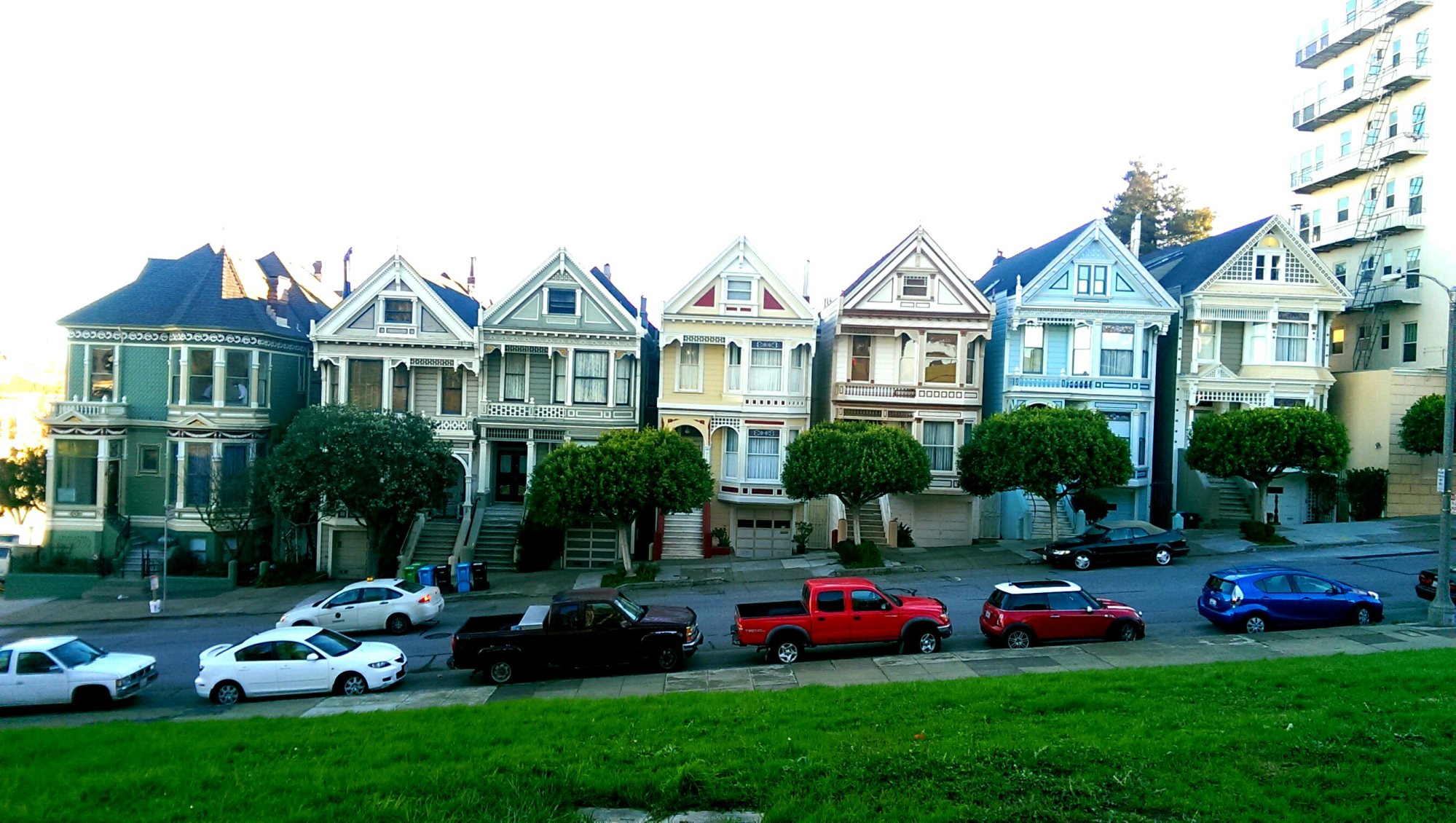 I initially planned to stay at the highly recommended Green Tortoise Hostel, but for various reasons I opted to couchsurf again instead. Partly because my potential host tempted me with a delicious sounding Christmas dinner. For the first two nights I shared the living room with two Austrian travellers, who had been having an amazing time partying in LA and Vegas (which had left them somewhat fatigued and impecunious).

That first day I walked around aimlessly to get my bearings of the city and attempt to catch a view of the Golden Gate Bridge before sunset. What I gathered from my walk was that San Francisco is a very beautiful place. I made it down to the waterfront and as the last hours of sunlight shimmered on the bay I strolled from pier to pier watching the skyline unfold. The streets that climb at absurdly steep angles are flanked by Victorian style houses and have trams crawling up their centres. Americans repeatedly told me, almost smugly, that SF is one of the most “European” cities in the States and therefore I’d like it. I don’t like people assuming what I’ll like based on where I’m from… but they were kind of right. It does feel quite European. It has a distinct feel from other US Cities. And it’s pretty enticing.

I spent Christmas Day with the two Austrians, Aldo and Philip. We grabbed lunch at the Hard Rock Cafe and checked out Pier 39, saying hi to the sea lions. Then we walked all the way to the Golden Gate Bridge. It’s a pretty incredible landmark, and very photogenic. I was amazed at how many people were out and about though. Thousands of people had obviously travelled to spend their Xmas in San Fran. And I thought I was being original… the Christmas dinner that my host David cooked was sumptuous, just look at these pictures…

The next day I explored Golden Gate Park, meandering through and  enjoying some solitude. I also visited the Japanese Tea Garden which was rather spectacular but a little overrun, so wasn’t quite as peaceful as you might expect. Especially with little kids falling in the koi pond and women tripping over on bridges. I made it all the way through the park down to the beach, where I enjoyed a delectable lunch from the supermarket, watching surfers jogging down into the water and people playing volleyball (on Boxing Day – mental!). 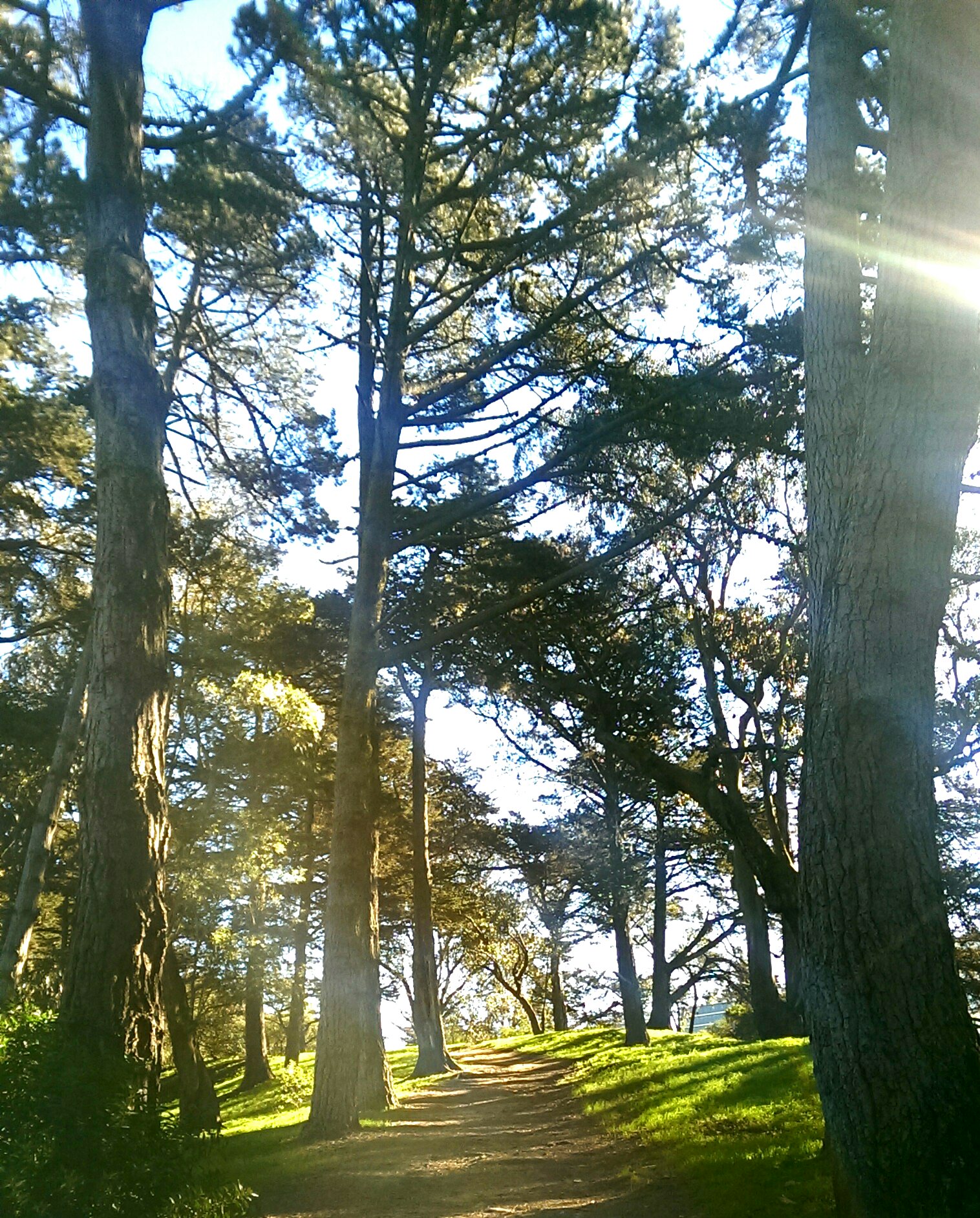 My two months backpacking had been action packed but as a result had taken its toll on me. I was plagued by a persistent cough and was always a little bit tired. I had grand ambitions for visiting the Exploratorium one day (one of the world’s greatest science museums) and Alcatraz the next. But it didn’t happen. I also needed to do some shopping for Fiji/Australia as I had no summer clothes so the rest of my time in the city was spent a little unproductively. But that’s the way it goes sometimes!

I did manage one more thing before I left though. David worked as a bouncer to a nightclub not far from his flat, and he tried his best to persuade me to attend one of the nights for a great mashup party. However I was a little unsure about going clubbing alone. That was when I fortuitously received a message from a girl through couchsurfing, who had recently moved to San Francisco and was trying to get a group of people together for a night out. She didn’t know where to go, and I had no one to go with. So after drinking a bit in a student house near Telegraph Hill with a bunch of cool people, Claire and I headed to DNA Lounge. Got in for free and had a good dance, meeting lots of interesting characters once there…

So that was San Francisco. I know that I barely scratched the surface of the city in the 4 days I was there – it’s the kind of place that merits weeks or months of exploring. I didn’t feel too upset about missing out on so many of the attractions though, because I know I’ll be back before too long. It’s an incredible place and I feel like it’s a city that I’ll get to know very well in the future =)