Clear aqua blue water, lapping gently on a white sandy shore dotted with coconut shells. Palm trees waving in a cool, gentle breeze. A cloudless azure sky and a horizon studded with emerald green islands. It’s an image of paradise that I’ve seen in magazines and rappers’ music videos. I never expected it to be completely real, let alone get to visit it myself for 8 days.

10,000 miles from home on the other side of the planet (I’m already half way round the world!), in the middle of the South Pacific Ocean… lie the gorgeous Fiji islands. The flight from California to Australia is kind of a long one, so it would be foolish not to break up the journey with an short sojourn in a trpical paradise, if the opportunity were to present itself, right? I’d be lying if I said the intention of my visit was to immerse myself in island culture and sightsee. I came here to relax, read, drink beer and maybe dip a toe in the ocean (and get rid of the cold I picked up in the USA).

Back in October, my travel agent Catherine managed to convince me to sign up to a 6 day island hopping tour of the Yasawas off the western coast of the mainland. The islands are particularly remote. I’m talking no roads, no cars, no towns… sometimes not even flushing toilets. I’d be staying in island resorts that you can only get to by boat. They have dormitories which are backpacker-budget friendly; a compulsory meal plan, a bar, a beach, and then a few activities on offer, like snorkeling, fishing, hiking and paddle boarding.

So the first day I arrived, I was kind of at a loss of what to do with myself. The beauty of the place was staggering, but after two months in the US, it was going to take me a day or two to adjust to the slower pace here.

My first stop was the Blue Lagoon Resort on Nacula Island. It took 4 hours to reach by catamaran, and is apparently one of the nicest resorts; it’s beach is often rated the best. I’ll let the photos speak for themselves… Upon arriving at the resort we were greeted by singing and ukuleles, welcoming us to the island =)

I arrived on New Years Eve and was looking forward to the party. The dinner was great, and my new friends insisted on buying all the sparkling wine for the evening, which got us all pretty merry. There were games, live music, and at midnight, fireworks on the beach. It’s a Fijian tradition to throw people in the water – many people’s phones were ruined. The night ended with some night swimming in the warm ocean. Fiji is the first place in the world to bring in the New Year – and it was definitely the best NYE I’ve ever had!

My time in Fiji was spent mostly lying on the beach or in a hammock, then taking a dip in the ocean. I loved leaving the main resort to find a more secluded spot on the beach. That way I could blast my music and not feel so self conscious about how pasty I was (not any more). I also enjoyed clambering over rocky outcrops and spotting wildlife, finding completely secluded beaches to hang out on where there was not a human in sight. The meals were included in the price, and you added your drinks to a tab that you paid when you checked out. In the evening there were some activities, and then groups of us would gather round and play cards or just chat, drinking in the moonlight. 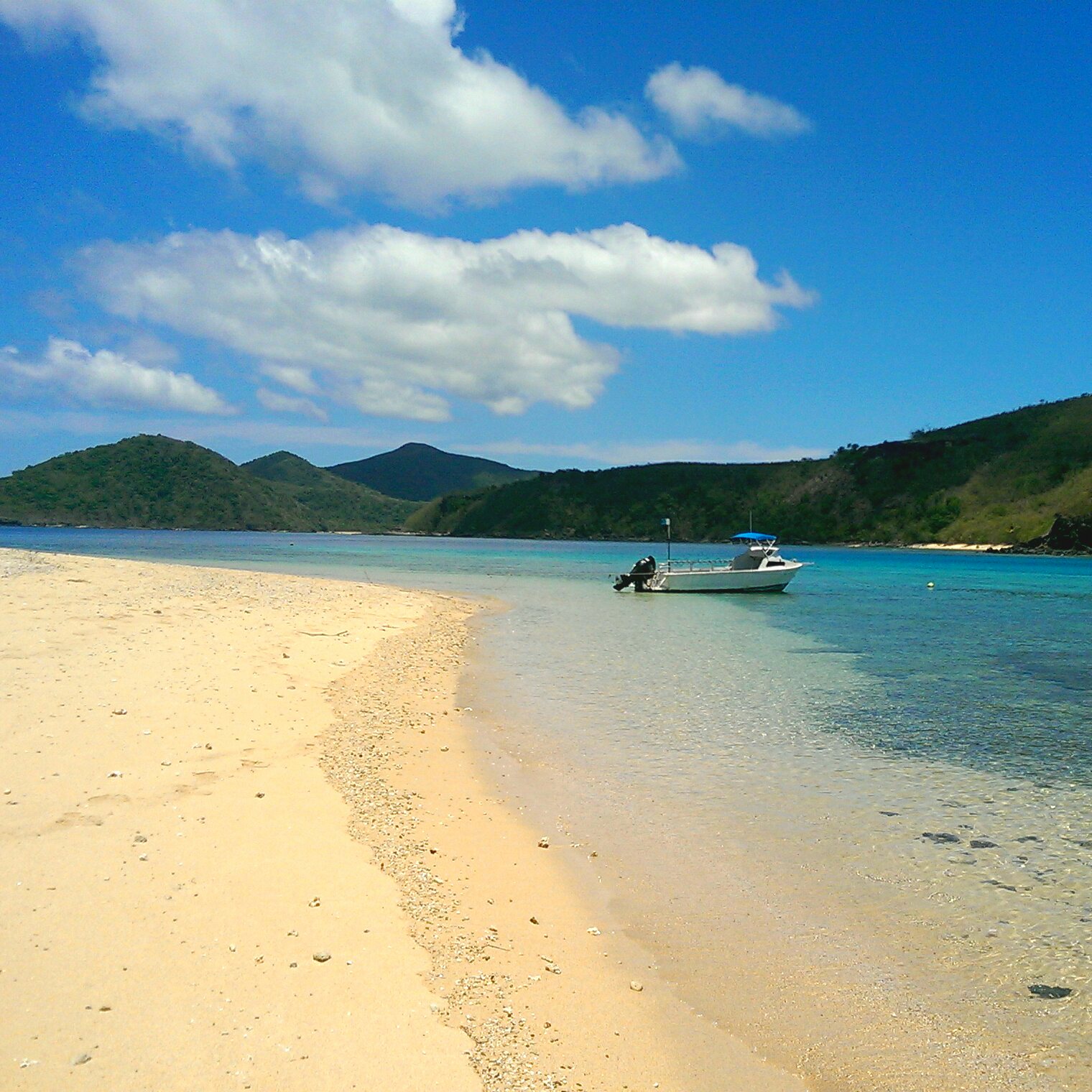 One morning at Blue Lagoon we hiked to the highest point of the island for some unbelievable views. It was really hot, but a cool wind offered respite from the sun’s heat. 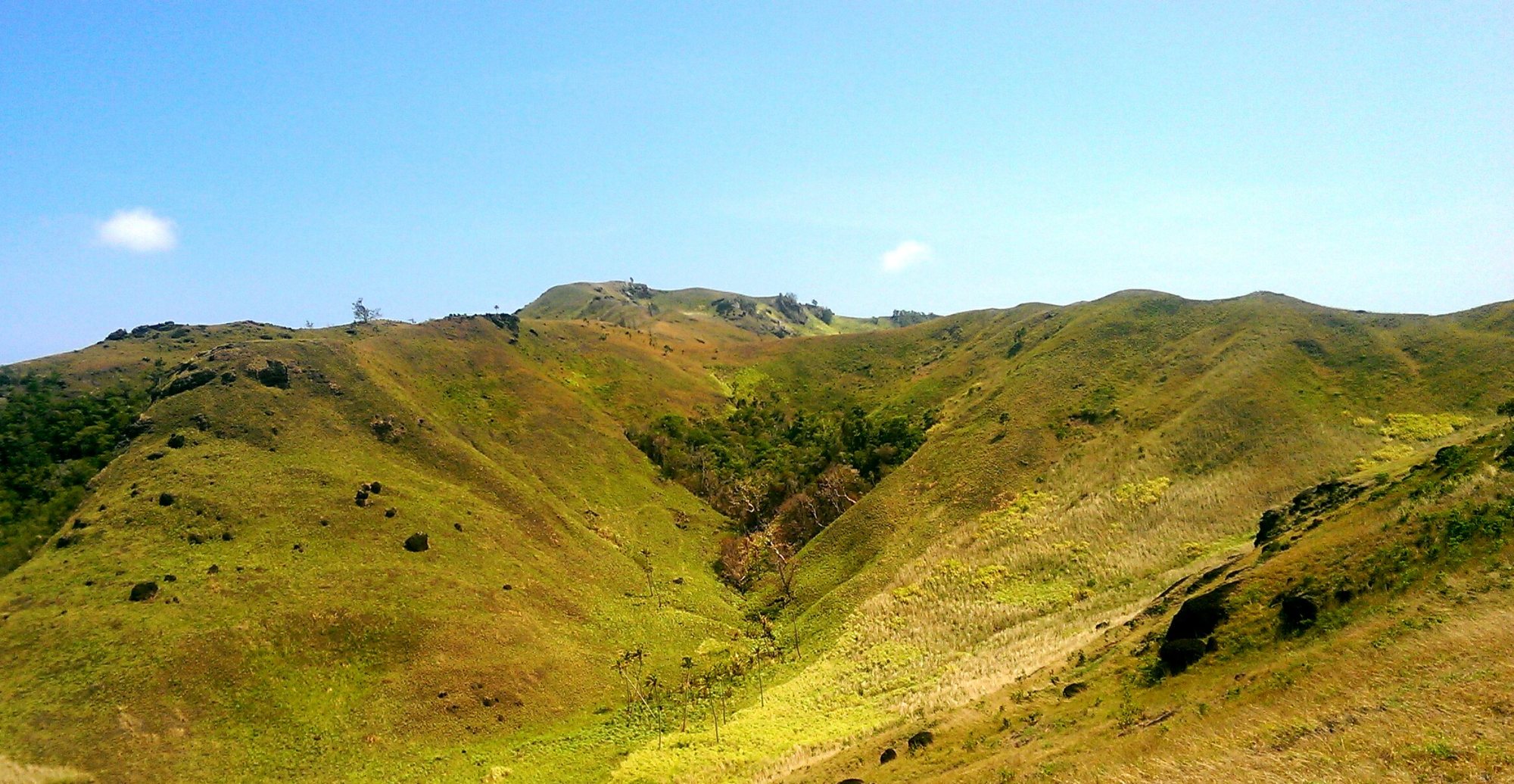 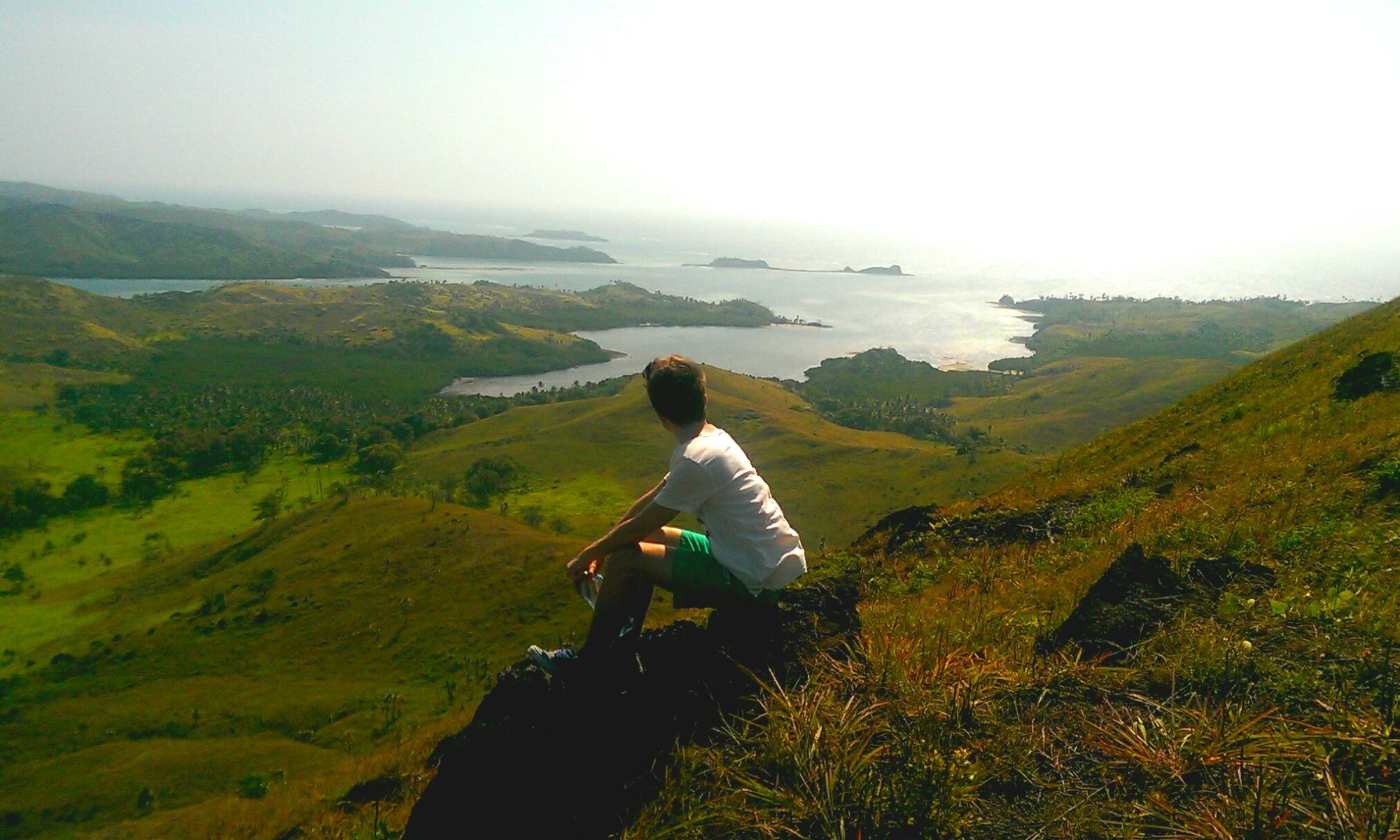 My second destination was the Manta Ray Resort on Nanuya Balavu Island. This place was smaller but offered more activities. I did some kayaking, going across to a nearby island (by myself might I add), and there was also crab racing and limbo in the evening, which was all really good fun. Whilst here I met Kym and Jenny, a young Australian/German couple who I became fast friends with. Have to add Adelaide to the list of places to visit! 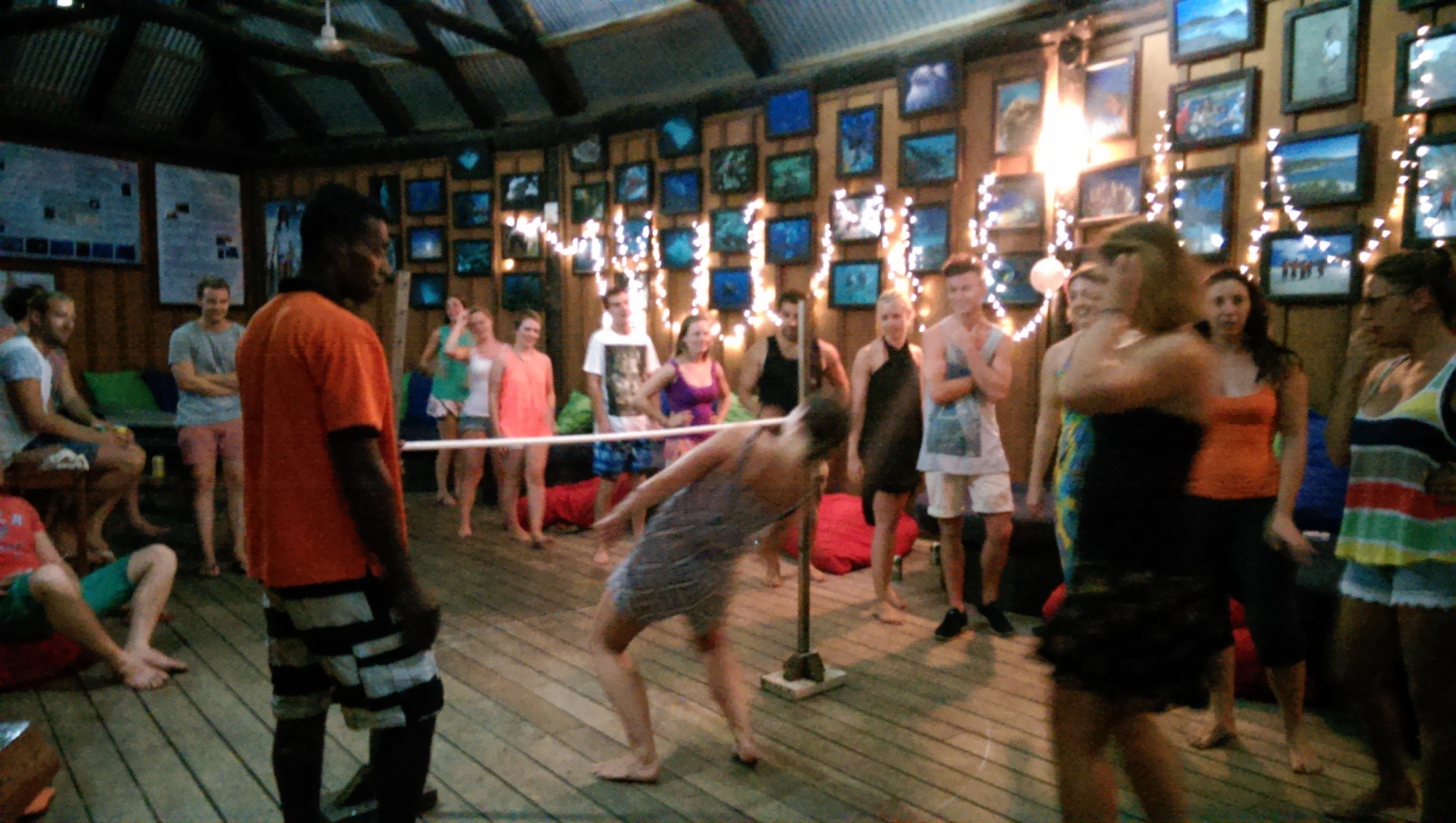 My third stop was Octopus Resort on Waya Island. There was a water shortage here, because it had only rained 3 days the entire year. So my first night I had to “shower” using a water bottle… fortunately for the island it rained all the next day. So I spent the whole time hanging out and playing board games with my friend Abby who I’d met in Blue Lagoon, and who also turned 21 that day! I helped her to celebrate, but you can only be so wild when you’re on an island with one bar that closes at 10:30pm. But we had a good time, and it was really sad leaving her the next day! Have to add Chicago to the list as well…

I spent my final night on the mainland in Nadi. By this point I was kind of tired (somehow) and a teeny bit sunburnt… ahem. Drinking numerous Fiji Golds and playing Presidents and Arseholes with Kym, Jenny and Mat till the wee hours may have contributed to the fatigue.

A ludicrously cheap taxi ride to the airport later (about £1.30) I was leaving the Fiji Islands far behind. I was sad to leave. But increasingly excited for my next destination!!! 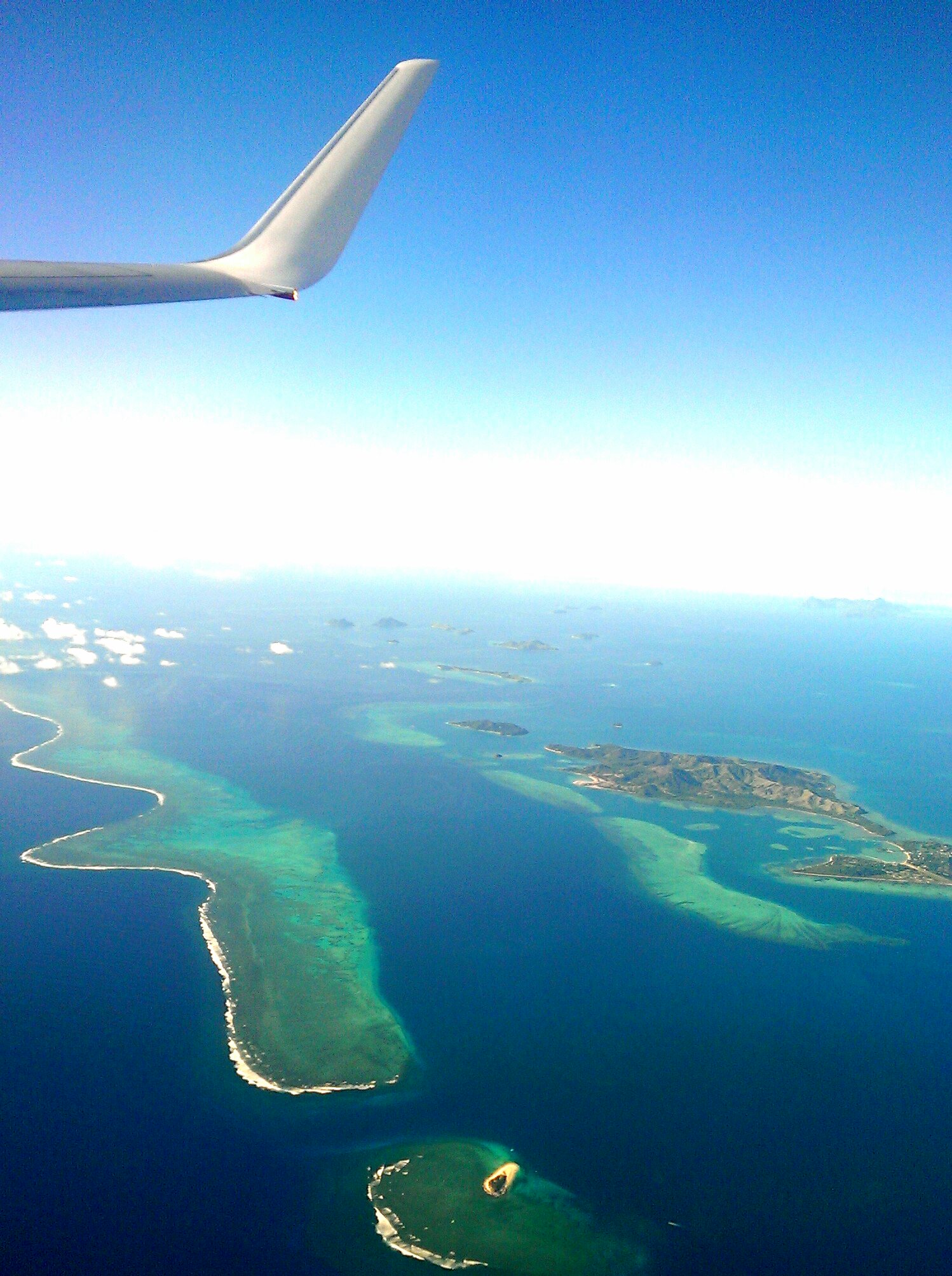