This morning I got a Facebook  notification that a friend of mine from Australia had commented on a photo of us. It said “Can’t believe it’s been over a year Charlie!”. Which made me realise that, crap, it’s been a year since we left Oz. When I have realisations like this I can’t help but get all sentimental and reminiscent; reflecting back on the last year, how much has changed, how I miss Australia, etc. Either way I thought it was the perfect opportunity to bring up my year down under in a very exciting review post!

So as I like to tell people, me ending up in Australia kind of wasn’t meant to happen. My original plan was to do a working holiday in New Zealand. But because a friend of mine from uni wanted to do Oz and had contacts out there, I figured it would be better to travel with my bestie as opposed to risking it alone. Unfortunately within about 6 weeks of being in Australia we fell out with each other and never spoke again. Whoops! By this point I had a job, I had Jake, and I had several friends in Sydney, so it was fine (at the time it seemed pretty calamitous but I got over it).

That initial job search in Sydney wasn’t as easy as I’d hoped though! All the guides said it would be a piece of cake to get casual work in a big city – but it took me all of a month to find a place that would take me. My advice? Lie on your resumé and hope that your charm gets you through your first few shifts and that you don’t screw up majorly. You’re more than likely to learn how to make coffee/pull a pint pretty quickly. If you’ve got a few brain cells to rub together that is.

My living situation in Sydney was kind of a drawn out disaster lasting 5 months. I must have moved ‘house’ about 5 times, from one dingy accommodation another. Living with other backpackers in Sydney is more than likely what you’re gonna end up doing, and believe me; the British backpackers you’ll meet (and there are quite a few of them in Sydney) are unlikely to be the most erudite, conscientious or mentally stimulating people. It’s all about spending your wages as soon as you get them on partying. I must have missed that memo, which is why I made friends with literally no English people there. They’re just the worst. And also how I ended up living in a house with two Chileans and an Argentinean. Who were great, might I add. Oh another warning? Sydney is freezing in winter. Somehow no one ever mentions that!

Brisbane however – well that’s always warm. That’s why I moved there. Aha just kidding, I moved back to Brisbane in July to be with Jake. I spent ages finding a job but finally got one in an American style diner which was awesome. You know, it’s the life I had in Brisbane that I miss the most from my whole trip. The beautiful weather, our amazing flat, my great job and colleagues, the clean, modern and stylish city… I really felt at home and loved my time there. I often daydream of Newstead (the area we lived), picking Jake up from work, going for brunch in cool little cafes, walking along the Brisbane River… it showed me that you really didn’t need very much in life to be happy. 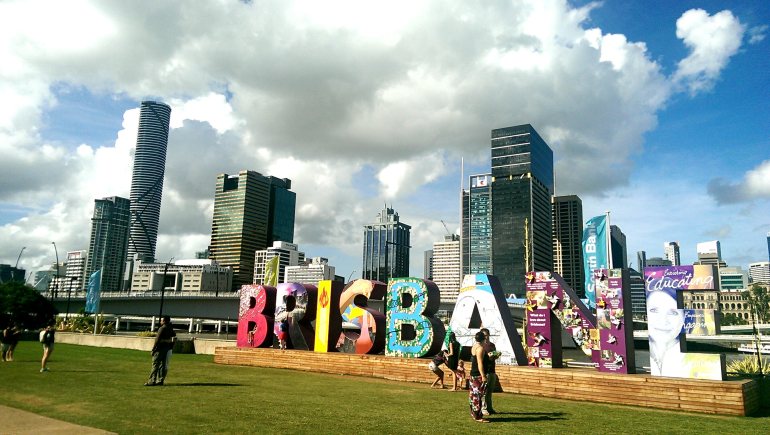 Brisbane is seriously the most underrated city. It might not be so exciting for tourists, but it is the most liveable place I went to. Part of me would be pretty content with spending the rest of my days working in a bar in Brisbane and just enjoying life one day at a time. The other part of me saw the people around me doing just that and was kinda horrified (no offence guys). Saying that, I can’t wait to go back.

And then there were the other bits of Australia. Cairns and the Daintree Rainforest were beautiful, Melbourne was super cool and Canberra was really interesting. Australia is an incredible country. It was my home for a year and although I can’t say I got to know it that well, it was a seriously awesome place to experience. I’m so glad that I did end up going there out of chance. I think about my time there almost every day, and remember it all so vividly. That’s why I can’t believe that it’s a year since I left it (and two years since I arrived there). Jake isn’t keen on ever living in Australia again. I keep saying I could never do it either – it’s way too isolated. But… maybe a holiday home wouldn’t go amiss.